December 23, 2021, marks the 50th Anniversary of the signing of the National Cancer Act of 1971 by then-President Richard Nixon. This legislation created the National Cancer Institute (NCI) and granted broad authority to the director of NCI to plan and develop a National Cancer Program that included NCI, other research institutes, and other federal and nonfederal programs.  While the Act did not achieve its goal of curing cancer, it did result in creating a mammoth infrastructure focused on the business of cancer.

There are billions of dollars, hundreds of large institutions, and tens of thousands of physicians and researchers devoted to the issue, in addition to too many businesses making a profit from cancer, and more drugs than we would ever need, but few that work. What is lacking is a mission-focused strategy targeted on saving lives. We need a new Act to End Cancer that cuts through the bureaucracy, respects evidence, and has educated advocates among its leadership. While we at NBCC applaud the work of NCI, we also must admit that their work and ours is far from done. Moving forward, we urge NCI to focus its mission on collaboration and to work with unwavering focus and unfailing urgency to end cancer.

As it has been from its inception, the National Breast Cancer Coalition (NBCC) remains committed to focusing breast cancer research on what matters most, preventing it from occurring in the first place, and stopping people from dying of it. Until breast cancer ends, NBCC will continue to stand up for the truth, setting the record straight wherever we see misinformation. We will lead the research making the biggest impact, and share progress honestly. And we will rally and train others to join the fight because we have one mission and one mission only: to end breast cancer.

How The Build Back Better Legislation Impacts Breast Cancer

The House recently passed the Build Back Better (BBB) legislation that contains provisions including access to care and drug pricing that could impact those with breast cancer. This legislation has many additional steps in the Senate and is likely to change substantively before it may become law. Below is a summary of some relevant key provisions in the House-passed bill.

NBCC will continue to monitor this bill as it moves through the Senate. 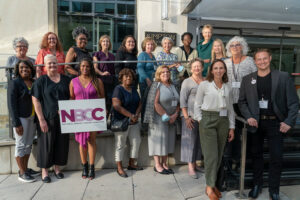 Despite facing challenges associated with COVID-19, NBCC has had a successful year of advocacy achievements. Take a look back at everything NBCC has accomplished in 2021 through its public policy arm.

In January, NBCC debuted its updated legislative and public policy priorities, including support for the DOD BCRP, spearheading the Metastatic Breast Cancer Access to Care Act, as well as working to guarantee access to quality care for all. As a result of NBCC’s grassroots advocacy, 183 House Members and 25 Senate Members cosigned the Dear Colleague Letter in support of securing $150 million for the Department of Defense (DOD) Peer-Reviewed Breast Cancer Research Program (BCRP) for FY 2022.

In April, the Senate introduced the Metastatic Breast Cancer Access to Care Act (S.1312). In May, the House closely followed by introducing H.R.3183, and NBCC advocates held a powerful virtual lobby day. Our advocates participated in over 200 virtual meetings with Members of Congress and their staff, refreshing them on NBCC’s priorities and urging them to cosponsor this critical legislation.

NBCC created a Father’s Day campaign in June to highlight how breast cancer impacts men as patients, survivors, and loved ones to patients.

NBCC rebranded the month of October as Breast Cancer Advocacy Month. Our grassroots network sent emails, met with their Members of Congress, participated in town halls, and flooded social media, all in the effort to promote NBCC’s legislative and public policy priorities. And it worked: the Metastatic Breast Cancer Access to Care Act has amassed 176 House cosponsors and 23 Senate cosponsors in less than a year since its introduction in the current Congress. This legislation has gained substantial momentum because of the relentless work of our advocates.

Also in October, NBCC piloted a new advocacy program titled Project LEAD: Public Policy, modeled after NBCC’s flagship Project LEAD science training program. This program was designed to give advocates a more academic and theoretical approach to developing public policy. We hope to offer this program again in the future as part of NBCC’s many training programs offered to advocates.

While we are proud of what we accomplished in 2021 we know that we can’t stop until we end breast cancer. NBCC and its advocates will continue to advocate for legislation and policies important to our community into 2022 and beyond.

Take Action in the Action Center 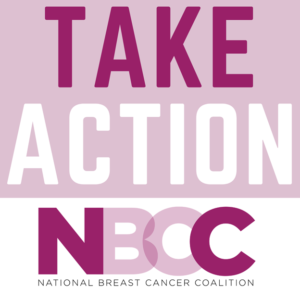 It is not too late to take action before the end of the year. Go to our Action Center and send a personalized message to your Member of Congress urging them to cosponsor the Metastatic Breast Cancer Access to Care Act (S.1312/H.R.3183) with just a few clicks. Your elected officials want to hear from you, so let your voice be heard and take action to end breast cancer today.

Power > Pink. At NBCC, we empower advocates to help us end breast cancer with action. Join us. bit.ly/NBCCActionNetw… 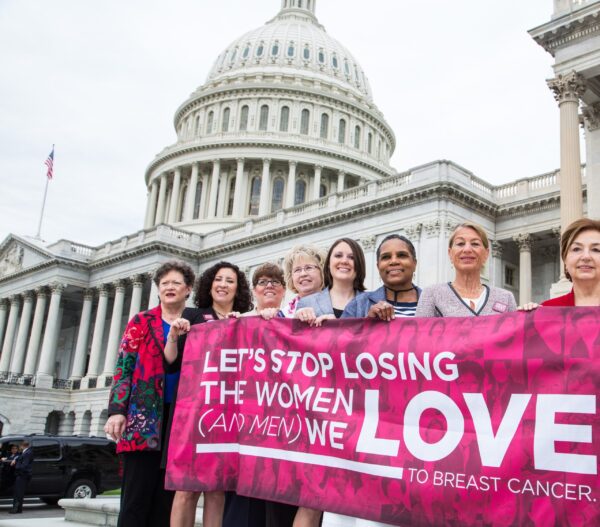