In breast cancer, we need treatments that work. What does “work” mean to NBCC? It means that the treatment someone is given has been shown by high quality evidence to extend life (i.e., you live longer). And it should NOT be at an unacceptable quality of life or result in financial toxicity. What we have now are many breast cancer drugs that have not been proven to extend life, are priced at unconscionable levels, and carry with them significant side effects. No part of that mix benefits people.

Are there any drugs that work?

As you know, the National Breast Cancer Coalition (NBCC) regularly tracks key results in the field of breast cancer that are presented at cancer meetings and/or published in peer-reviewed journals. At the recent 2021 annual meeting of the American Society of Clinical Oncology (ASCO), the results of clinical trials for a few breast cancer drugs were reported, some of which did show improvements in overall survival (OS) for patients with breast cancer.  But it is important to analyze the data underlying those results.

PALOMA-3 reported a 6.8-month OS benefit after 73.3 months of follow up, which was observed in most subgroups except among patients who, at the start of the trial, were endocrine resistant or had prior chemotherapy for advanced or metastatic breast cancer.

In MONALESSA-3, after an additional 17 months of follow up, ribocliclib plus fulvestrant showed a 12.2-month OS advantage compared to fulvestrant alone.

PALOMA-3 was a randomized, double-blind, placebo-controlled, phase 3 study of palbociclib plus fulvestrant vs. placebo plus fulvestrant. Eligible patients were pre-, peri-, or postmenapausal and had to have already progressed on a prior endocrine therapy and could have had up to one line of prior chemotherapy. Palbociclib (IBRANCE®) was given accelerated approval by the US Food and Drug Administration (FDA) in 2015 based on an improvement in progression free survival (PFS) of ~12 months, and subsequently converted to a full approval in 2017, though at the time, OS had not reached statistical significance. As reported in 2018 in the New England Journal of Medicine, the protocol-specified overall survival (OS) analysis, conducted at 44.8 months of follow-up, though clinically meaningful did not demonstrate a statistically significant OS benefit (median OS 34.9 months vs. 28.0 months, P=0.0429). However, data reported at ASCO 2021 after 73.3 months of follow-up did demonstrate an OS benefit. The median OS was 34.8 months (95% CI, 28.8, 39.9) with palbociclib plus fulvestrant vs. 28.0 months (95% CI, 23.5, 33.8) with placebo plus fulvestrant (P=0.0221). Notably, the favorable OS benefit with palbociclib was observed in most subgroups except among patients who were endocrine resistant or had prior chemotherapy for advanced or metastatic breast cancer. The average monthly cost of Palbociclib is 13,000 to $13,500 per month.

Long-term follow-up data for the MONALEESA-3 trial were also presented at the 2021 ASCO meeting, by Dr. Dennis Slamon. With a study design similar to PALOMA-3, in MONALEESA-3, postmenapausal patients with advanced or metastatic hormone-positive, HER2-negative breast cancer were randomized 2:1 to receive either ribociclib (a different CDK4/6 inhibitor) plus fulvestrant or placebo plus fulvestrant. Different to PALMOMA-3, patient eligibility for MONALEESA-3 included those with no prior chemotherapy and up to one line of prior endocrine therapy. At the original protocol-specified OS analysis cutoff point, results demonstrated a statistically and clinically meaningful benefit in OS for patients treated with ribociclib (median OS not reached in the treatment arm vs 40.0 months for the control arm; P=0.00455). An updated OS analysis following nearly 17 additional months demonstrated a continued OS benefit, with median OS of 53.7 months vs. 41.5 months for patients treated with ribociclib and fulvestrant vs. placebo and fulvestrant, respectively (i.e., a 12.2-month survival benefit). The results also demonstrated a significant delay in the time to use of subsequent chemotherapy. Among those treated in the first line, median OS was not reached at the time of this analysis and was 51.8 months for the control arm on placebo and fulvestrant. Among the subgroup of patients treated as second-line (having had a prior endocrine therapy), the OS was similar to PALOMA-3, with median OS of 39.7 vs. 33.7 for ribociclib vs. placebo (~6-month OS benefit). Note that ribociclib was granted full FDA approval for postmenopausal metastatic breast cancer in early 2017 based on a PFS benefit from results of the predecessor MONALEESA-2 trial. The approval indication for ribociclib was updated to include pre-/perimenopausal patients in 2018 based on the results of the MONALEESA-7 trial. The average monthly cost of ribociclib is $13,200 to $14,000 per month.

Key Take-Away: CDK4/6 inhibitors in either the first or second line of therapy for advanced or metastatic hormone receptor-positive, HER2-negative breast cancer improve OS. This benefit is particularly evident in patients who have not received prior chemotherapy and who continue to be endocrine sensitive.

An interesting trial was presented by Dr. Zhong-Yu Yuan that examined the use of trastuzumab plus endocrine therapy vs. trastuzumab plus chemotherapy in a small non-inferiority trial (i.e., that asks whether two interventions being compared confer essentially the same benefit/toxicity) of 392 patients in first line treatment for HER2-positive/hormone receptor-positive metastatic breast cancer. This is important as approximately half of all patients who are diagnosed with HER2-positive disease are also hormone receptor positive. We know that when chemotherapy is effective, that result is seen primarily in triple-negative breast cancer (TNBC).  In hormone receptor positive advanced or metastatic breast cancer, chemotherapy has had a limited role, particularly with the entrance of CDK4/6 inhibitors along-side the mainstay of hormone therapy.

We have heard a great deal about PARP inhibitors.  In fact, NBCC participated in the EMBRACA trial that led to the approval of another PARP inhibitor for metastatic breast cancer, talozoparib, in 2018.

Presented at 2021 ASCO, the OlympiA trial looked at the use of PARP inhibitor Olaparib, in the adjuvant setting, for patients with BRCA1- or BRCA2-mutated breast cancer. Olaparib was first approved in the metastatic setting for patients with HER2-negative BRCA1 or 2 mutations, in 2017 on the basis of the Olympiad trial that demonstrated a benefit in PFS but not OS. OlympiA was a subsequent phase 3, double-blind, randomized trial involving patients with early, but high-risk HER2-negative breast cancer with BRCA1 or 2 germline mutations. Click here for more details of the trial. A total of 1,836 patients with high-risk breast cancer (82% triple-negative breast cancer [TNBC]; 12% hormone-receptor positive breast cancer) were randomized to 1 year of oral Olaparib or placebo after the completion of standard adjuvant or neoadjuvant chemotherapy and local therapy. The primary endpoint was invasive disease-free survival (IDFS). Distant disease–free survival (DDFS), OS, and safety served as secondary endpoints. IDFS is the length of time from randomization following original treatment to first tumor recurrence or death from any cause. DDFS is the length of time from randomization following original treatment to distant metastatic recurrence or death from any cause.

Many scientists at the meeting have hailed this result as practice changing. It may change practice, but does it help patients? It is important to note that in the adjuvant (or curative) setting, the bar for regulatory approval should be much higher. The vast majority of individuals in this group will not have a recurrence. Yet, while a small group of individuals with germline BRCA1 or 2 mutations may benefit, all who receive it, will be subject to its adverse effects. Are we ready to approve a drug in the adjuvant setting that has not shown a clear survival advantage? NBCC says not yet. We need longer-term follow-up to determine if there is an overall survival benefit before we subject patients, many of whom will not have a recurrence, to a year of treatment with a high-cost drug (~$7,500 to $15,000 depending on dosing) that confers side effects.

Save the Date for Project LEAD Institute 2022 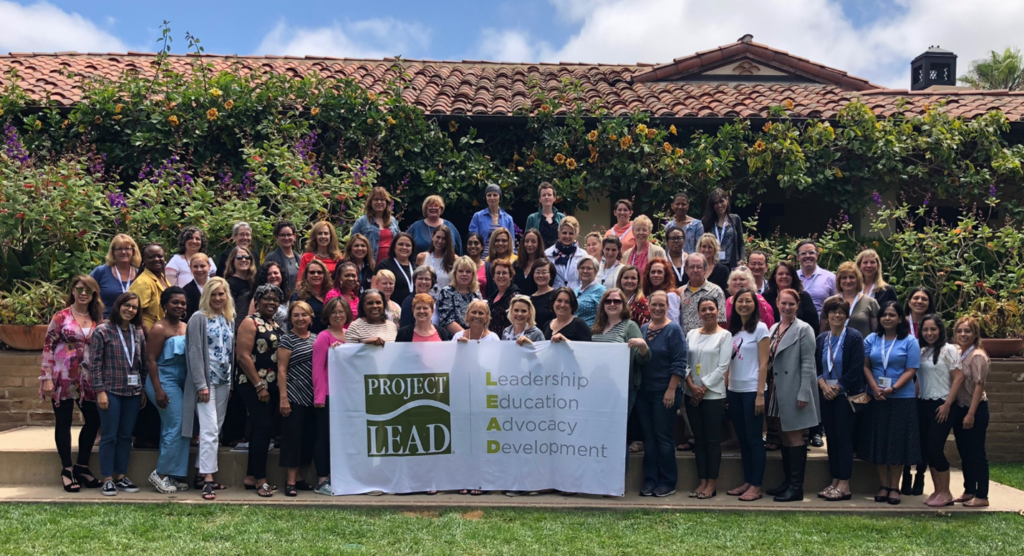 NBCC is looking forward to offering two separate Project LEAD Institute sessions next summer in La Jolla, CA. The first will be held July 24 – July 29, 2022, followed by the second on July 31 – August 5, 2022. Applications for both sessions are currently slated to open in August 2021.

Stay tuned for more information. In the meantime, learn about Project LEAD and what to expect at the Institute here.

You may have read at least one of the many dozens of scorching news pieces published about the June 7, 2021 accelerated approval of Biogen’s Aduhelm (aducanumab) by the U.S. Food and Drug Administration (FDA) for broad use in Alzheimer’s disease. This drug approval put the FDA accelerated approval process and drug pricing in general under a spotlight for many reasons. First, the approval was made on weak and contradictory evidence from two clinical trials that were in fact, terminated early by Biogen for futility in 2019.  However, after closed-room discussions with senior FDA officials and some sketchy posthoc analyses of the incomplete trial data, Biogen managed to find a sliver of possible benefit from one trial (contradicted by the nearly identical second trial) for a surrogate outcome measure in Alzheimer’s —amyloid clearing, which has not been proven to be linked to clinical benefit.

Brought before an 11-member expert external (and unconflicted) advisory committee (adcomm) for review, the nearly unanimous (with one member undecided) committee and FDA’s own statisticians recommended against approval. Three members of the adcomm subsequently resigned in outrage, with one calling the approval “probably the worst drug approval decisions in recent U.S. history.” Immediately after approval, Biogen announced a launch price of $56,000 annually (a price seven to 22 times higher than recommended by ICER[1] “given the risk of side effects and the uncertainty of benefit”), a price that analysts say threatens to bankrupt Medicare.

NBCC has long spoken out against accelerated approval of breast cancer drugs for many of the same reasons. The vast majority of the drugs never see confirmatory evidence that they improve how well or how long people with advanced/metastatic breast cancer live, and are priced at obscene amounts. We hope that this unfolding controversy will finally trigger changes to a system that has time and again been proven to be broken.

We hope you have been enjoying the selection of exclusive, PCORI-focused webinars available on NBCC’s website. We are pleased to announce the addition of two more videos for you to view: “Clinical Trials: Designs, Methodology, and Key Issues for Research Advocates” presented by Dr. Lynn Howie and advocate Elizabeth Frank, and “Patient Reported Outcome Measures (PROMs)” presented by Dr. Amylou Dueck. With the help of these webinars, advocates can sharpen their knowledge, and help NBCC strive for an expansion of patient-centered outcomes research.

Donate Today, and Double Your Impact

NBCC’s programs are different from the usual. When we demand more funding from government for science, we also demand and get a seat at the table to help oversee how those funds are spent. We set a public policy agenda that matters and then get it enacted into law. We collaborate with scientists on research that matters. And we can do all that in a meaningful way because of our programs that educate and train women and men who want to end breast cancer.

We do not charge for these programs, so we need donor support to keep them going. Please make your gift today at www.stopbreastcancer.org/donatenow. Thanks to the generous support of the Vance Wall Foundation, all donations received by mail or online by August 31 will be matched up to $50,000. If you have already given this year, please consider another gift and have your donation doubled.

All aspects of breast cancer research, advocacy, and policy should involve survivors. If you think so, too, watch to learn more about NBCC and what we believe in.