The European Society for Medical Oncology (ESMO) hosted its 2021 annual conference from September 16-21 where it once again featured plenary sessions, posters, and other presentations on what it deems to be the most influential oncology research developments over the past year. We highlight some of the most important breast cancer-related results that were presented this year here.

The biggest news coming out of ESMO 2021, largely described as “practice-changing,” were the early results of DESTINY-Breast03, which is an ongoing head-to-head randomized controlled trial (RCT) comparing Enhertu (trastuzumab deruxtecan) with Kadcycla (trastuzumab emtansine [T-DM1])[1] in the second-line setting of HER2+ unresectable and/or metastatic breast cancer.[2]

According to the results presented at ESMO (not yet published in a peer-reviewed journal) at 12-months following the start of treatment, 75.8% of 261 patients treated with Enhertu remained progression-free compared with 34.1% of 263 patients given T-DM1 (P<0.00001). Importantly, results for overall survival, the outcome that really matters, are still immature. While at 12 months, 94.1% of the patients treated with Enhertu were alive compared with 85.9% treated with T-DM1, we need to wait for more mature data on survival to determine if moving Enhertu to the second-line setting is warranted. In addition, Enhertu is also associated with significant toxicities, including interstitial lung disease (ILD). Approximately 10% of patients treated with Enhertu developed ILD in the single-arm trial that led to the accelerated approval of this drug in the third-line setting of HER2+ metastatic breast cancer. And though comparable in terms of cost (~$9k to 10.5K a month), in the DESTINY-Breast03 trial, nearly 13% of patients receiving Enhertu had to discontinue the drug early, compared with only 5% of patients receiving T-DM1. So let’s not change practice just yet.

Long-awaited overall survival data from another trial, KEYNOTE 355 were also presented at ESMO 2021 and showed that median overall survival was improved by nearly 7 months with pembrolizumab (23.0 months) compared to chemo and placebo (16.1 months). This double-blind RCT compares pembrolizumab (an immune checkpoint inhibitor with an average per treatment cost of $10.5K) combined with one of several chemotherapy options to chemotherapy and placebo in previously untreated metastatic triple-negative breast cancer (TNBC), a setting with high unmet patient need. While prior reports for this ongoing trial have demonstrated that pembrolizumab improves PFS, until now overall survival data were immature and not reported, even preliminarily. However, this benefit was only observed in a subgroup of patients with metastatic TNBC whose tumors are PD-L1 positive (CPS>10).

NBCC looks forward to reading the more detailed study findings for both of these trials in peer-reviewed journals. While providing additional options to men and women with metastatic breast cancer who face limited “good” treatment options, both drugs come with toxicities. Individuals with metastatic breast cancer go from one treatment to the next and it is important that these treatments are tolerable and used in the right patients, at the right time.

Apply now for NBCC’s premier science training program. Committed advocates from around the country will gather to learn important concepts related to breast cancer science and research from some of the most renowned faculty in the field. With these tools, graduates of the Project LEAD Institute are ready to sit at all tables where breast cancer decisions are made! Hear what others have to say about this training program.

To learn more about the program and how to apply, please visit our website: Project LEAD Institute

Join us for Les Girls on Sunday, October 24, at Paramount Studios in Los Angeles, CA. The annual cabaret is a witty and fun evening of song and dance to benefit NBCC and our mission to end breast cancer. This year we will honor Alec Call and Bryan Johns, co-founders of iS Clinical and longtime NBCC supporters for their leadership and Sherry Goldman, Nurse Practitioner, for her amazing grassroots advocacy work. For additional information and sponsorship opportunities click here.

Bowl With NBCC in NYC to Help Us Stop Breast Cancer 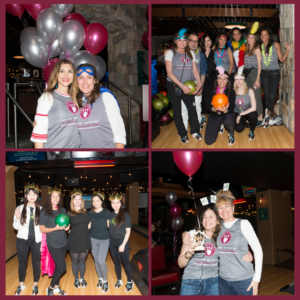 In New York City on November 9? Join the National Breast Cancer Coalition Fund as we host Women With Balls® NYC!

Invite friends and family to bowl and fundraise to support NBCC.

Register, join a team, start your own, or sponsor a lane today!

Next year’s annual Summit will take place on April 30 – May 2, 2022 at the Park Hyatt Hotel in Washington, DC, followed on May 3 by NBCC’s Annual Lobby Day. We can’t wait to see you all in person once again! Registration opens soon so keep an eye on our website for updates: Advocate Leadership Summit – National Breast Cancer Coalition (stopbreastcancer.org)

Every second counts in our efforts to achieve the goal of ending breast cancer. And every dollar made equates to more lives saved.

A $1,000 or more gift entitles you to a membership in the President’s Council, an exclusive membership group with special benefits. Members receive regular communications directly from President Fran Visco on current breast cancer issues, recognition in publications, and invitations to special events. Your gift is more than a contribution. It is an investment that will enable us to end breast cancer, once and for all. Donate today. 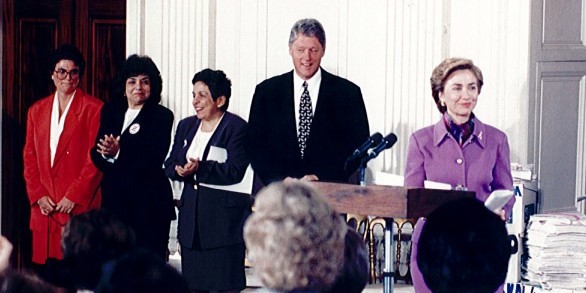