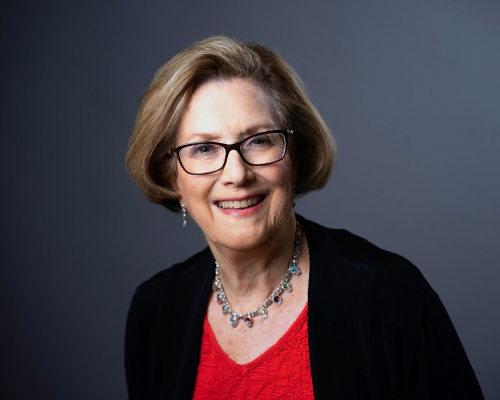 Anger at her initial diagnosis drove her to become an advocate for women with breast cancer.
In 1992 Dale gathered three other breast cancer survivors to start an organization, now known as the Alamo Breast Cancer Foundation. The founding four’s vision was to focus on finding a cause and cure for breast cancer. They reached out to the National Breast Cancer Coalition and joined the board as a member organization in 1994.

Dale is a proud 1995 graduate of NBCC’s Project LEAD science training course and a participant in numerous Advocacy Training Conferences and Advocate Leadership Summits. She has embraced her leadership in every way possible. Dale became the NBCC Texas Field Coordinator in 1997, managing the Texas Action Network. When NBCC developed a network of Team Leaders in 2003, Dale was one of the first invited to take on that role. She served on the NBCC Board of Directors from 1995 until 2015. She credits her NBCC training for her consistent, successful advocacy work.

She has led the advocacy charge on both a state and national level, developing relationships with Texas congressional representatives and Senators. Dale was proud to represent Texas and NBCC at the White House, delivering tens of thousands of signatures in support of research funding. And she continues as the Chair of Advocacy and Government Relations for the Alamo group and as an NBCC field leader. Her leadership resulted in Texas enacting laws ranging from expanding access to care for underserved women with breast and cervical cancer to mandating coverage of routine health care costs associated with clinical trials and mandating advocate involvement in research programs, among many others.

Understanding that scientists and advocates must work together to achieve progress, Dale made certain that trained breast cancer advocates were and continue to be involved at every level at one of the most important gatherings of breast cancer researchers, the San Antonio Breast Cancer Symposium.

She has been appointed to several councils and committees in breast cancer and elsewhere, including the Advisory Board of the National Institute of Environmental Health Sciences, the Breast Cancer and the Environment Working Group, and the NIH Collaborative Summit on Breast Cancer Research. She has received many awards and recognitions, locally and nationally for her breast cancer work.

In this Science Spotlight, we continue our focus on the topic of T-DXd, except here in the HER2-low setting. HER2-low was a key topic of discussion at the 2022 SABCS and the subject of our recent Project LEAD Advanced Topic Session at SABCS. stopbreastcancer.org/2022-san-anton…